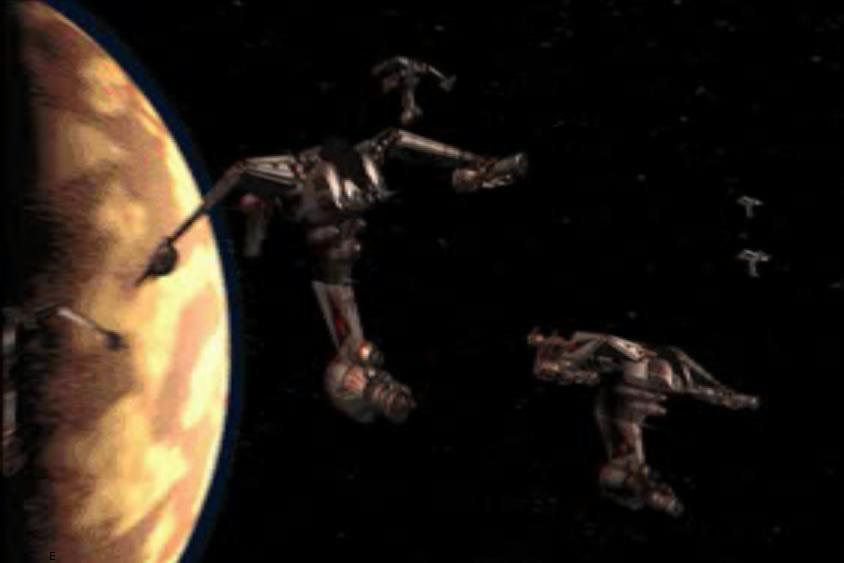 Wraith Squadron is a band of mercenary combat aces nominally affiliated with Qesemet but willing to work wherever their services are needed—if the pay is right. They are led by a human male called Batulso Serthur.

The Dragon Empire rules the stars as well as the planets of the civilized galaxy. The ability to travel from one world to another is the result of the magical artifacts known as starcasters, but these wondrous devices would never have been conceived had there not also been spacegoing vessels. These vessels have formed the backbone of imperial might for more than five millennia and continue to be the primary means by which the empire exerts its unparalleled hegemony.

By decree, the kingdoms of Asamet and Qesemet no longer wage war with one another, not even in space. They have both agreed to settle their differences within the context of the imperial system. Consequently, the mighty starships of the empire are always used against external threats rather than internal ones—at least officially. Unofficially, there is a secret war ongoing between the Iron and Golden Kingdoms, as there has been since the empire was born. The accession of Mezzenbone to the imperial throne has accelerated the pace of the war, as the forces of good feel ever-more threatened and the forces of evil see the Red Age as an opportunity not to be missed.

There has always been a place in the empire for mercenary pilots and gunners, who use their skill with starships to win them wealth and position in exchange for unofficial service to one (or both!) of the factions in the secret war. These men and women are often ex-military types who have left behind a life of service to the empire for the lure of a fortune won in illicit warfare. Others are self-trained and lacking in the discipline needed to survive in the Imperial Legions, while possessing talents equal to the best of its combat aces. Whatever their origins, these mercenaries content themselves to work in the shadows, fighting battles that few will ever know and about which no bard will ever compose a song.

Wraith Squadron is one of the few reasonably well known groups of mercenary pilots and gunners. Of course, “reasonably well-known” is a relative term. The Squadron has garnered some fame within Qesement, especially within the domain of House Handor. Founded less than a generation ago by an Outlander named Batulso Serthur, the Squadron has always been more public in its activities than many of its competitors. Its name derives from the untraceable nature of Serthur himself, whose original homeworld is unknown and whose ultimate loyalties are mysterious. All that is known for certain is that he was born outside the Dragon Empire and cares little for his adopted homeland’s political structure. He saw clearly that the Red Age would be disastrous for the galaxy—especially the Outlands—and founded the Squadron to fight against it.

That said, Wraith Squadron is still a mercenary company. Profit is an important element in its decision to accept any job. Serthur rarely turns down genuine charity cases, but he does not seek them out. He prefers to work for wealthy patrons whose own goals coincide with his anti-imperial politics. That means nobles and merchants are his primary employers, as well as factions of the Unification Church that oppose Mezzenbone’s rule. Any mission that nets the Squadron both riches and a chance to strike against injustice is sure to catch the eye of its mysterious leader.

Wraith Squadron has grown quite large over the years. Now, it consists of three-dozen pilots, all with their own vessels. The Squadron also maintains a large freighter called the Second Chance, which it uses as a mobile headquarters. Serthur’s pilots are a ragtag band comprised of many races, all united in their desire to fight the secret war on behalf of good and make money in the process.