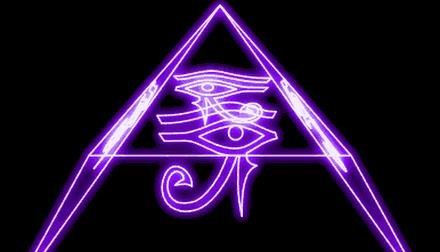 There are many monastic orders in the Dragon Empire. Some are devoted to the gods of the Unification Church or the Dualist Heresy, while others are dedicated to obscure philosophies that are incomprehensible to all but their most enlightened members. The Noetic Order is perhaps the most secretive and mysterious of these organizations.

The Noetic Order is devoted to understanding and developing the potential of the sentient mind. It was founded during the reign of Emperor Kupric by an elven psion named Henivol the Seeker. The elf believed that the true, underlying nature of the universe was thought. He taught his disciples that what mortals perceived as matter and energy were actually the manifested thoughts of the gods. By learning to attune oneself to these divine thoughts, and eventually to shape and mold them, the noetic would gain enlightenment and eventually become one with the Divine Consciousness of the universe.

The order’s members are monks, psions, psychic warriors, and others devoted to comprehending and harnessing the powers of the mind. The Noetics lead a highly ordered and disciplined lifestyle, and it sometimes becomes too regimented and constraining to the order’s more independent members. These Noetics often leave the monastery and wander the known galaxy, teaching the Noetic philosophy to others or pursuing their own individual path to enlightenment.

The Noetic Order believes that the concerns of ordinary mortals – wealth, power, love, hate, personal ambition, etc. – are distractions that lead the seeker astray in his quest for truth. As a result, the Noetics take no part in the politics of the Empire and avoid contact with the unenlightened as much as possible. When he founded the order, Henivol purchased a near-derelict orbital station in the Kulas system from the aristocorp of House Aranath. The Noetic monks spent decades restoring the station and creating an isolated monastery where they could pursue enlightenment without interference.

Of course, no one lives in an orbital station surrounded by hard vacuum without at least a little contact with the outside world. The Noetic monks provide for themselves and their order by crafting power stones, dorjes, crystal capacitors, and other psionic items. These rare and valuable items are sold to independent traders in exchange for the necessities the order requires for survival. Psionic items created by the monks of the Noetic Order have an excellent reputation for quality and are highly sought after by psionicists throughout the Dragon Empire.