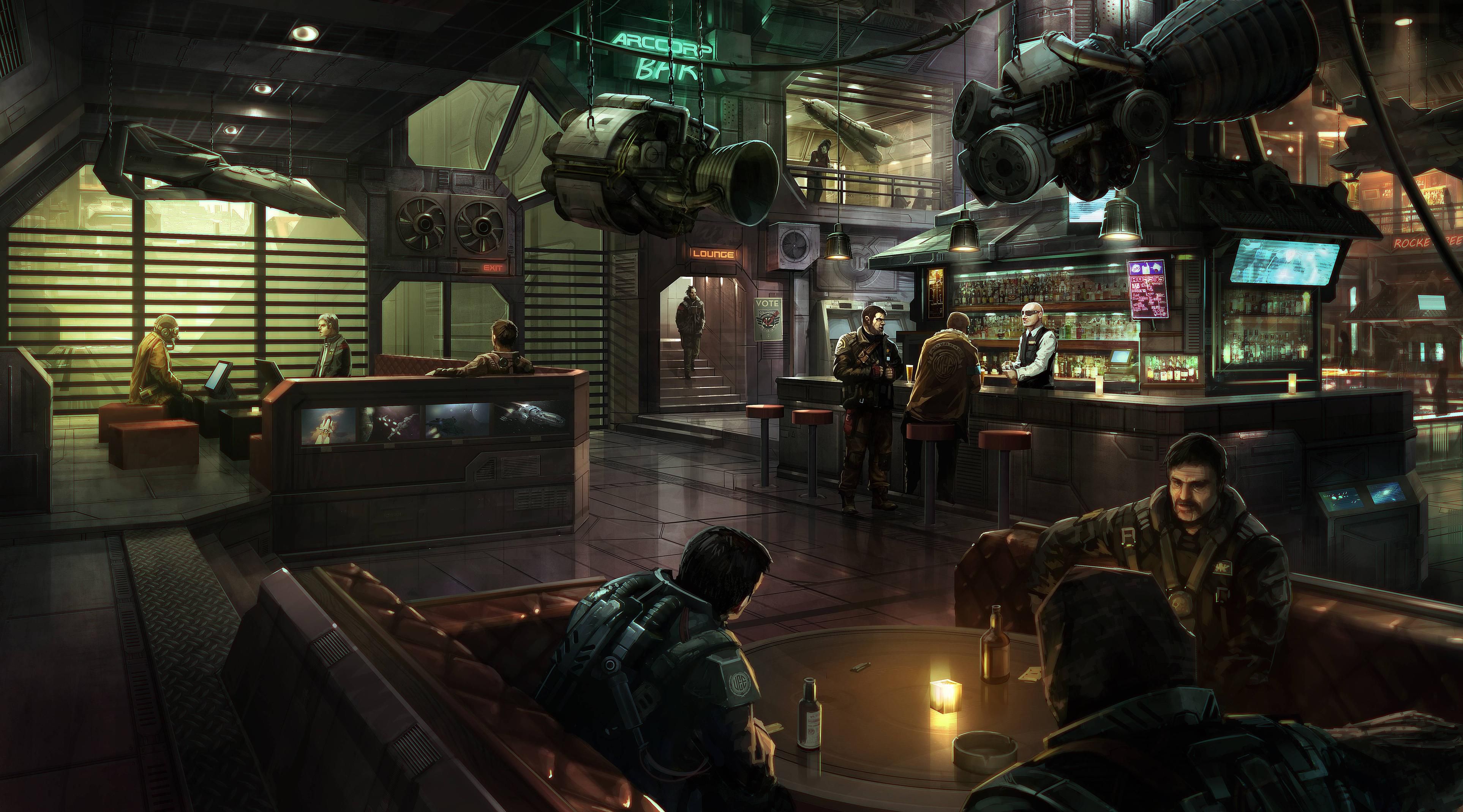 The only real service, aside from the occasional relief of a familiar face, that the Freecaster’s Club offers is a communications network. In truth, it’s little more than a rumor mill. Free captains meet at Freecaster’s Clubs and swap stories of other captains, rough voyages, bad ports, and terrible cargoes. It was started as a private club by a dozen or so friendly captains and was expanded into a wider society by Gram Granger after the other eleven founding members died. Granger doesn’t bother to take his ship out into the universe any more. He makes his money off of the Freecaster’s Club on Draconis, which he runs. A cut of all membership dues (500 credits a year) end up in his accounts. With more than a million members across the Dragon Empire, Granger does quite well for himself just tending bar at his three-story glass-and-stone club.

The Freecaster’s Club is no secret, but it does have a certain reputation for snobbery and elitism. Officially, anyone who owns his own freighter, free trader, or cargo ship can pay the dues and be a member, but that’s not always the case. New members must be entered into the computer database at a club location by an established member. Some members turn down hopeful captains because they’ve fulfilled contracts for the aristocorps, hauled freight for the military, or been too friendly with an unpopular port authority somewhere.

Captains who do get inside enjoy a certain freedom of speech and access to the Club’s 1,022 ansibles, where available. Plus, members enjoy a +4 bonus to Gather Information checks made with other members while inside Freecaster’s Clubs.

One overriding rule presides at all Club locations: Everyone’s friendly at the club. Rivalries, feuds, and bad blood are fair subject matter for conversations and debates, but fighting gets all participants thrown out of the club for life.