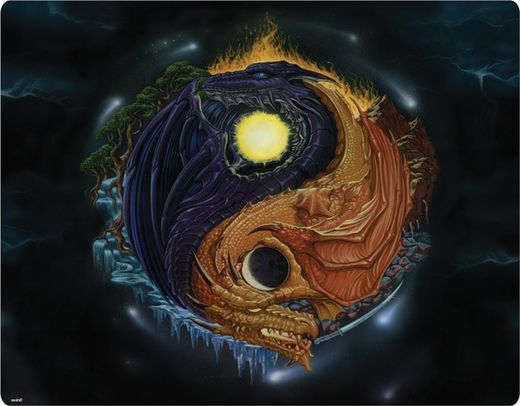 Five hundred years ago, as the Red Age approached and people began to fear a millennial disaster when Mezzenbone took the throne, a splinter sect called Dualism broke away from the Unification Church. Begun by a small group of clergymen, the Dualists claimed that the doctrine of the Unification Church had made it only part way to the truth. According to these heretics, as the Unification Church loyalists described them, there were only two deities in the universe. These supreme beings, the Creator and the Adversary, represented all the oppositional forces in the universe: light and dark, positive and negative, good and evil, order and chaos, creation and destruction. Everything in the universe reflected this divine opposition – including the souls of most mortals, which are always in conflict.

Indeed, according to the Dualist Heresy, the Dragon Empire itself is the historical and political manifestation of this opposition writ large across the known galaxy. Two kingdoms dominated by beings of supernatural power, one good and the other evil, almost destroy each other and then unite to form a great empire – an empire in which the pendulum swings back and forth between light and dark over the course of the centuries. The Dualist clerics claim that the Dragon Empire was prophesied in the ancient scriptures of the Unification Church, hundreds of years before the Empire was established. They also claim that the opposition inherent in the Empire will eventually tear it apart, and that the ensuing war will herald the Last Battle between the Creator and the Adversary. 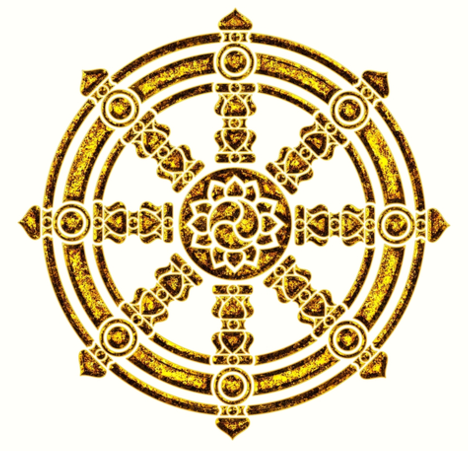 The Creator
Alignment: Lawful Good
Spheres: Any but Chaos and Evil
Symbol: A golden wheel

The Creator is the Dualist god of the positive forces of the universe. He is the deity of good, order, light, peace, and mercy. He fashioned the material universe from the void between the planes and planted the seeds that blossomed into the plants, beasts, and mortal races.

In the Dualist tradition, the Creator is a distant god, a divine mover and lawgiver who rarely intervenes in the affairs of mortals except through his chosen messengers. Clerics of the Creator devote their lives to the benevolent cause of their deity. By striving to attain purity in their own lives, they hope to approach the ideal of purity that the Creator represents. While these clerics never fully succeed in their quest, it nonetheless guides and directs their lives. Temples of the Creator are dedicated to healing, worship, and ministry to the faithful and unfaithful alike. Clerics of the Creator believe it is their duty to guide those who have turned away from it back toward the light.

Dualist purists also honor the Creator, but they do not pattern their lives and actions after his ideal. Rather, they believe they must remain neutral, favoring neither the positive nor the negative, to gain true enlightenment. To comprehend the Creator one must also know the Adversary. These clerics do not devote themselves to “good works,” and they seek to remain distanced from material concerns. 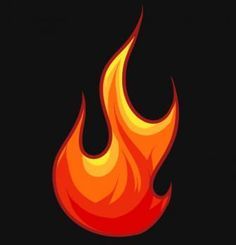 The Adversary
Alignment: Chaotic Evil
Spheres: Any but Good and Law
Symbol: An open flame

The Adversary is the Creator’s dark twin, the divine personification of chaos, evil, destruction, and all the negative forces of the universe. The Adversary’s ultimate goal is to corrupt that which is pure, to destroy all that has been created, and to shatter peace with violence.

Only the most evil mortals devote themselves to the Adversary. Their diseased souls are twisted by corruption and their minds are often broken by the dark forces they seek to command. These rare villains willingly sacrifice their souls in return for power, wealth, and the opportunity to satiate their destructive impulses. They have no care for others, except for how they might serve these clerics’ evil designs. Clerics devoted to the Adversary sometimes work together, usually when they are thoroughly dominated by a powerful and ruthless leader.

Dualist purists also revere the Adversary, but they do not seek to do his work themselves. They view the Adversary just as they do the Creator, as a necessary manifestation of the universe. The universe was created, but it also decays. It is filled with light but also vast dark spaces. One cannot gain enlightenment by ignoring the negative forces that are just as crucial as the positive to the unfolding of the universe. These purist clerics seek neither to do evil nor to punish it; they only wish to understand it, to incorporate it into the system of knowledge and experience that guides them toward enlightenment.