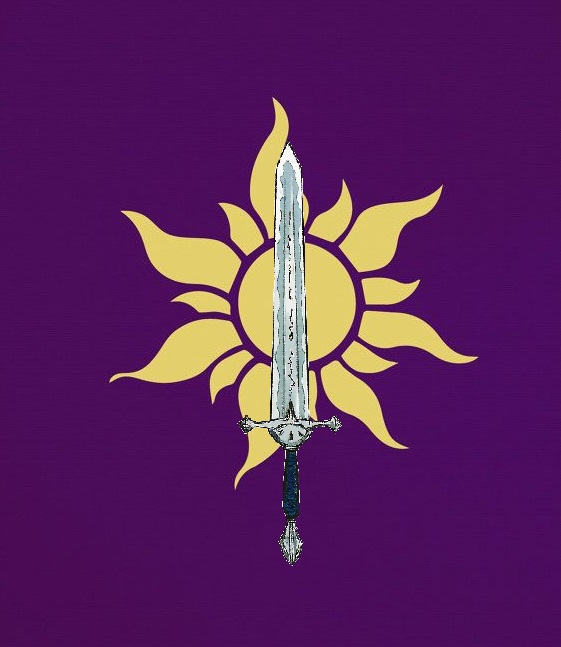 SOLAR is the most renowned paladin order in the Empire. It was founded by Lord Hendaran, a lesser half-dragon lord of House Deserene and paladin of the Father, in 864 AE. The order’s primary mission is the defense of Qesemet and its colonies against evil forces along the Outlands frontier. SOLAR paladins have been called on to fight guerilla actions against humanoid armies, clear out undead infestations of remote outposts, and contain flare-ups of outsider activity on isolated colony worlds. The order’s unit insignia, a silver sword on a blazing golden sun, represents sacred battle in righteous service to the Father.

Like all paladin orders, SOLAR never recruits its soldiers. Paladins who heed the call seek out the order on their own. Some are Legionnaires granted sacred visions on the midst of battle, while others are mere children who claim to have always known their destiny. Prospective paladins are required to pass a rigorous series of physical, mental, and spiritual challenges during their initiation. These tests are not designed to measure strength or skill-at-arms, but rather the potential for these qualities that can be nurtured by the order. The initiate’s faith is what is truly challenged: So long as the would-be paladin never loses faith in himself or the Father, he will be victorious in his trials.

SOLAR units are typically assigned to high-threat situations in the Outlands that lesser soldiers are simply not prepared to handle. In most of these situations, evil supernatural beings such as undead or outsiders are the root of the crisis. Because they are viral threats – they can multiply themselves effectively without limits – Qesemet takes these “hot zones” very seriously.

Like the wandering knights of old, SOLARs are often charged with open-ended solo missions. On these missions, the paladin must be prepared to take the initiative and act on his own authority, isolated from the normal chain of command. Much of a SOLAR’s early training focuses on preparations for these missions, instilling in the paladin the sense of independence and self-reliance he needs to operate effectively outside his unit.