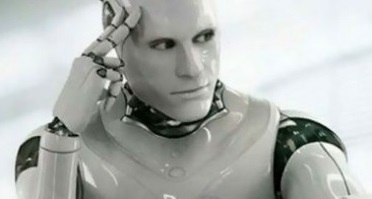 Soulmechs are robotic constructs that have been animated with a sentient soul. They share characteristics of both constructs and sentient, living creatures. This allows them to act independently and much more creatively than a simple machine. A soulmech’s robotic body is typically crafted to resemble the natural form of the soul that inhabits it.

True artificial intelligence has never been attained in the Empire. Clerics of the Unification Church claim that sentient beings must have souls and that mortals cannot create souls. Regardless, no computer – no matter how sophisticated – has ever demonstrated any signs of awakening into true self-awareness and free will. Computers can be programmed to emulate sentient beings, but ultimately their thoughts and actions are dictated by their programming.

Soulmechs are created by transferring a living soul into an anthropomorphic robot by means of a modified Soul Trap spell (SVM 136). The spellcaster moves the soul (of a hopefully willing volunteer) into the enchanted, technologically sophisticated neural net that serves as the robot’s electronic brain. The soul inhabits the neural net and takes control of the robot body.

Creating a soulmech is not a simple or inexpensive process. Some soulmechs are animated by the spirits of the wealthy or powerful, people who could not bear to face death. Others are driven by those who were lucky (or unlucky) enough to find themselves in demand after their natural lives had ended. Still others – most of them, in fact – are people who were simply in the right place at the right time.

Since just about any sentient creature can be made into a soulmech, their personalities tend to differ as much as the colors of a rainbow. The soulmech’s personality is largely unchanged during the transfer, though some soulmechs experience mild emotional distress during the inevitable adjustment period. In some rare cases of personalities unable to adapt to their new existence, this condition has degenerated into madness. The creator of the soulmech usually devotes particular attention to selecting a host to drive a soulmech. After all, putting a damaged or evil soul into a soulmech can mean the loss of a great deal of work.

A soulmech looks like a synthetic reproduction of the being’s original race. The soulmech’s skin tends to be unnaturally pale or pasty and often feels too smooth and unyielding to the touch. A soulmech’s eyes are noticeably artificial, as manufacturers have never been able to capture the life and warmth of a living person’s eyes. Finally, soulmech bodies are almost always completely hairless. It is thought that this tradition stems from the lingering suspicion of organic races toward these synthetic beings: Their strikingly smooth skulls and pale skin make soulmechs easily recognizable. Otherwise, manufacturers take great pains to make soulmechs’ robotic bodies as realistic as possible. Most share the gender characteristics of the original being.

Soulmechs require a fair amount of maintenance to stay in working order. Their voices are synthesized, although they sound fairly realistic. Their eyes are just photoreceptive lenses. The eyes of a soulmech with the darkvision mod glow a greenish white when the soulmech uses her darkvision.

Soulmechs are common in many different societies. Elves and even drow see them as an aberration not to be tolerated. Dwarves are a bit more forgiving. Gnomes, the creators of the soulmech, love them and think of them as their ultimate triumph. Halflings and humans get along with them fine as a rule, though some individuals are prejudiced against them. Orcs grant soulmechs no more consideration than they do other races.

Soulmechs have no lands of their own. They are often beholden to or somehow controlled by the person who put them into their new body. Otherwise, they are afforded the same rights and obligations as other citizens of the Empire, and they can go where they please. One of the soulmechs’ great advantages is that they don’t have to breathe, nor do they feel extremes of cold or heat. They can survive in just about any kind of environment. As a result, soulmechs often thrive in places the organic races find uninhabitable.

When it comes to religion, soulmechs are more divided than any organic race. Some soulmechs avoid religion altogether. The natural order of things is to let the soul move on to the afterlife once the body is no longer in working order. The soulmechs are a living violation of that rule. While it may seem paranoid or superstitious to organic beings, many soulmechs prefer to stay away from temples so as not to attract unwanted attention to themselves. Other soulmechs are among the most devout worshippers in the galaxy. They view their new existence as a gift from the gods and dedicate their lives to proving themselves worthy of it.

Soulmechs communicate between themselves in Digital, the language of computers. This code, in fact, is how they communicate with the many electronic components that make up and control their own bodies. Given the appropriate equipment, they can exchange data with other computers or computerized devices as well.

Soulmechs often take a new name when they are created. These names are usually pretty simple, often just a number. Other soulmechs retain their own name to help them maintain a connection to their previous lives.

While slavery has long been outlawed in the Dragon Empire, soulmechs are a special case. They may own their souls, but someone else has often paid for their bodies, usually at great expense. Upon awakening in a new body, soulmechs are usually asked two questions. First, are you willing to live in this new body? If the answer is no, the soul is released, since it’s not worth the trouble to try to keep the soulmech from committing suicide at the first opportunity.

A fair purchase price usually includes the casting of the Soul Trap spell (SVM p136) – 15,000 credits plus another 1,000 credits for each rank the soulmech has above Novice, plus the cost of the soulmech’s body.

Construct (+8): Soulmechs add + 2 to recover from being Shaken, don’t breathe or sleep, ignore one level of wound modifiers, and are immune to poison, disease and physical necromatic effects. Soulmechs cannot heal naturally. To heal one requires the Repair skill—which is used like the Healing skill only with no “Golden Hour.”
Dependency (–2): Soulmechs must recharge via strong electricity at least one hour out of every 24. Failure to do so results in Fatigue each day that can lead to Incapacitation. Each level is recovered with an hour of recharging.
Environmental Weakness (Electricity, –1): Soulmechs suffer + 4 additional damage from electrical attacks, and have a – 4 penalty to resist other electrical effects.
Flesh is Weak (+2): Soulmechs begin with a d6 Strength attribute instead of a d4.
Machine Speed (+1): A soulmech’s body is capable of moving extremely fast. They begin the game with a + 2 to their Pace and a running die of d8.
Mods (+1): While soulmechs may not use cyber or spellware, they may purchase Modifications from the Robot Modifications Table (SFC 38). Like all robots, they have 5 Mod slots. (The Geared Up Edge, SFC 12, might help you afford these upgrades.) GMs should not normally allow characters to take Increase Size beyond + 3 or the hero will no longer fit into most adventures. Soulmechs may remove or install a Mod with a Repair roll and 1d3 hours (half that with a raise). A critical failure means the Mod is destroyed and must be replaced.
Not Dead, Not Truly Alive (-3): A soulmech cannot be Raised or Resurrected. As they do not eat, they cannot benefit from potions, drugs or magical effects that require component ingestion. They cannot increase physical traits (Str, Agil, Vigor) during advancement, although they may still purchase increases as Mods (SFC 38). They cannot be healed by divine magic, nor can they benefit from magic that enhances physical trait scores.
Outsider (–2): Organic species often treat soulmechs as property rather than sentient beings. They have no rights in many systems, and suffer – 2 to Persuasion rolls when dealing with beings who know their artificial nature (and aren’t constructs themselves).
Regular Maintenance (-2): Soulmechs must pay maintenance costs like robots (see Maintenance SFC 37). Remember that PC Soulmechs are Wild Cards when calculating base cost.