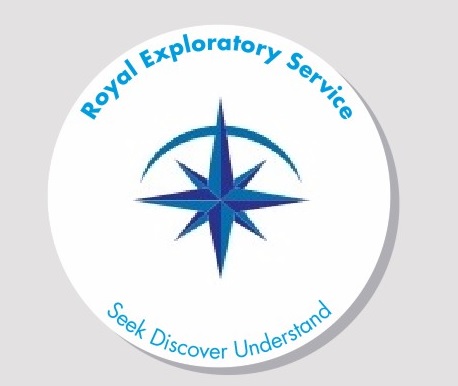 In 583 AE, King Khelorn ordered the establishment of an organization devoted to discovering and exploring the seemingly infinite frontier worlds beyond the borders of civilized space. The Royal Exploratory Service was created as an official agency of the Kingdom of Qesemet with its headquarters in the wilds of Meneer, the throneworld of House Golion. The RES attracted rangers, pilots, scientists, and other experts in many different fields.

For more than 5,000 years, The Royal Exploratory Service has been pushing the boundaries of the known galaxy. In that time, it has grown to become a massive organization with many diverse interests and programs. It is best known for the Explorer Teams and Contact Teams it organizes and supports. These teams are charged with charting unknown star systems, exploring new worlds, and making first contact with the countless cultures and civilizations sprinkled throughout the Outlands, The RES also sponsors Science Teams that follow the Explorer Teams to systems and worlds with unusual or intriguing characteristics, from rare stellar phenomena to particularly diverse or exotic biospheres.

The Royal Exploratory Service is not devoted entirely to exploration and scientific discovery. Since just before the great war, it has also been one of the primary intelligence arms of the Kingdom of Qesemet. Under the guise of Explorer Teams, Contact Teams, and Science Teams, intelligence agents are active throughout the Outlands gathering information that helps the kingdom react effectively to threats and crises. Few planets in the Outlands are any kind of technological threat to Qesemet or the Empire, so these operations usually target supernatural threats and incidents.

These covert teams identify and thwart the machinations of powerful spellcasters who use their power for evil. They also investigate reports of outsider activity, and often coordinate with the paladin teams, such as SOLARs, who are brought in to neutralize or contain these threats. Frequently, the paladins are operating on intelligence that was originally gathered “in the field” by RES agents. Many of these missions occur on worlds that have not been formally contacted by the Empire, and the agents must operate while concealing their true natures and blending in with a strange culture.