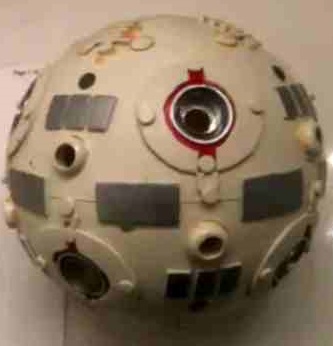 So called ‘Laserballs’ are a custom variant of a sentry bot.
Laser balls are spherical robots bristling with sensor knobs and armed with one integral laser SMG when in use in a bodyguard role or with a ‘stinger’ bolt gun when deployed as a target practice training drone. These bots make up for their relative frailness with high agility, darting out of the way of many attacks.