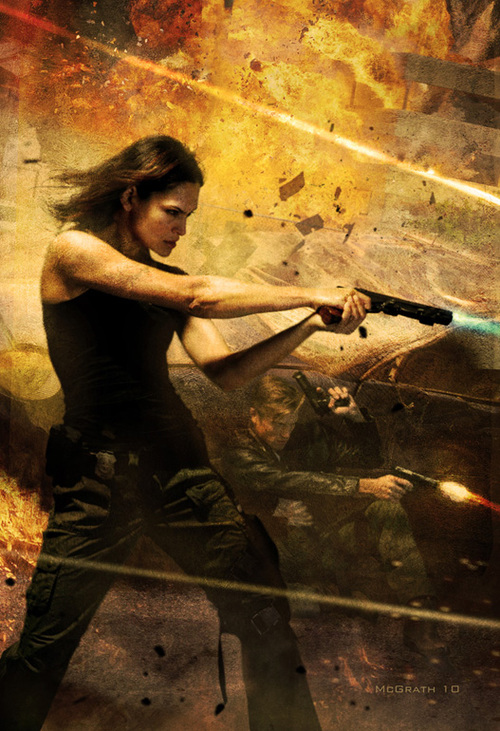 Over the millennia, humans —the shortest-lived people— have proven themselves to be the most adaptable of all. Perhaps its because they don’t live long enough to get as set in their ways as members of the other races do, but it’s a strength that has suited humans well throughout galactic history.

Other than the vaunted flexibility of humans, the only thing they have going for them as a race is that there are so many of them. Orcs are the only race that rivals the humans’ birth rates, and humans live throughout the Empire. While their short lives make it difficult for any single human to have a major impact on the galaxy, humans have nonetheless helped to shape the destiny of the Empire and its peoples.

Over 250 generations of humans have been born since the birth of the Dragon Empire. From a dragon’s point of view, this makes human behavior hard to predict. Humans aren’t terribly interested in the long-term effects of their actions. They know they won’t be around long enough to worry about the eventual repercussions. Instead, they demand instant satisfaction—or at least satisfaction at the earliest possible convenience. For humans, the clock is always ticking.

Humans can be found just about anywhere. They find a way to fit in to most any culture, from orc to dragon, but they’re often aggressive and impatient, both with other races and their own. Humans probably get along best with halflings, who remind them of their own children. They’re comfortable with the various half-human peoples, including half-elves, half-orcs, and many half-dragons.

Most humans have a hard time understanding the long-lifers: dwarves, elves, gnomes, and dragons. Their perspective is so different from a human’s as to seem almost alien. Many humans dislike orcs, while others embrace them. Perhaps this is because humans are more like orcs than most care to admit.

Human lands are scattered throughout the Dragon Empire. Several planets are exclusively populated by humans. Territory is something humans take seriously, and they are often willing to fight to either grab more of it or defend what they have. Humans make up a large segment of the Dragon Empire’s citizens. Despite this, they have no special status. In a society in which your birth matters more than anything else, they are among the lowborn masses. Some have managed to climb the social ladder by gathering wealth, power, or both, but the long-lived races have one important advantage: If they wait long enough, they can outlive almost any human.

The most adaptable people, humans worship any and every god in the Unification Church’s pantheon. A human prophet founded the Dualist Heresy. Its doctrines have taken strongest root in human populations, and both the Creator and the Adversary have fanatical human followers. A few human worlds are dominated by the worship of either the Creator or Adversary. These cultures are often intolerant of those who pray to other gods.

Humans begin with a free Edge, as per SWD 16.