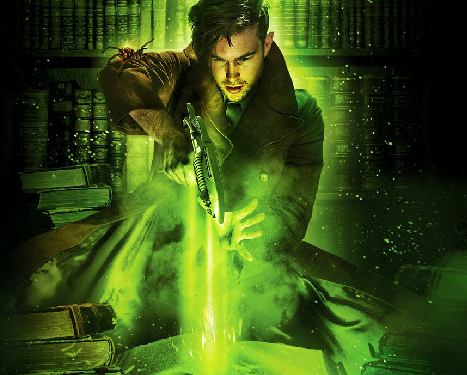 People of mixed race have become quite common in an age of galactic expansion. In the Empire, most people have a great deal of contact with those of other races, and imperial society is very tolerant of interracial romances and offspring. Of course, there are worlds that are exceptions to this rule, and many half-elves from these planets suffer prejudice and discrimination. Half-dragons are by far the most privileged and respected of those of mixed blood, but half-elves are also admired. Not as standoffish as their elven brethren or as hasty as their human kin, half-elves are a kind of bridge between the long-lifers and the short.

Sharing two distinct heritages, half-elves usually do their best to get along with everyone. Many half-elves have been the victim of prejudice and have decided they aren’t going to make the same mistakes with other people. Half-elves get along splendidly with soulmechs. They know what it’s like to be caught between two worlds.

Half-elves have no lands of their own. As a people, they are generally disorganized, scattered throughout the stars wherever humans and elves live together. There are a few half-elven enclaves in the large urban centers of the Dragon Empire. In general, half-elves prefer to live in exotic locales, a bit off the beaten path. They are often on the forefront of the art and entertainment scenes, tapping into their sensitivities to two different cultures and appealing to a wider audience.

Half-elves favor no single deity. Caught between two cultures, half-elves find that their multifaceted spirits call out to many gods. Half-elves are increasingly drawn to Dualism, as its teachings resonate with their own oppositional nature and experience.

Heritage (+2): Some half-elves retain the grace of their elven parent. Others gain the adaptability of their human ancestry. A half-elf may either start with a free Edge of their choice (as a human), or a d6 in Agility instead of a d4.
Low Light Vision (+1): The character’s eyes amplify light like a cat’s, allowing him to see in the dark. They ignore penalties for Dim and Dark lighting, (but not Pitch Darkness).
Outsider (-1): Half-elves aren’t true outsiders (as per the Hindrance of the same name), but neither are they ever quite comfortable around humans or elves as one of their own, so the effect is the same. They subtract 2 from Persuasion rolls with all but others of their kind.