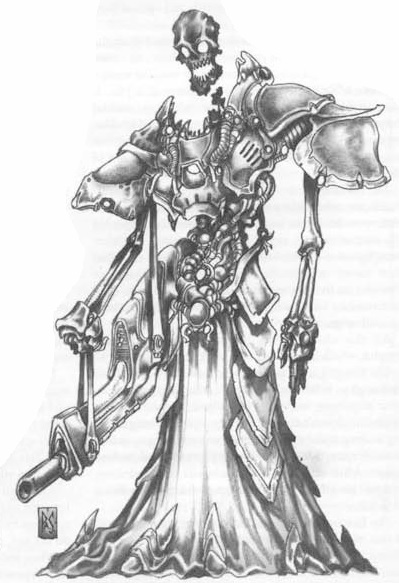 Not Currently A PC Race

The eleti (singular eletum) are undead. They resemble skeletons, but have independent minds and wills of their own.

An eletum is an animated skeleton formed from the remains of a humanoid creature. An eletum can create “offspring” by gathering the necessary magical energy into one of its own bones over the course of a year. It then places the empowered bone within a skeletal corpse that comes to life as the eletum’s “child”. This process is somewhat uncomfortable for the parent, but not really painful. The empowered bone remains part of the child’s body.

The eleti may be undead, but they are neither unintelligent nor inherently evil. For ages, those around the eleti were unable to understand this fact, and regarded the race with fear, suspicion, and hostility. The eleti were forced to live isolated, lonely lives. They either hid their nature in order to exist amongst the living, or shunned the living altogether and lived in solitude. Eleti communities were rare, since gatherings of undead tend to spark anger and violence amongst the living.

All this changed with the advent of the Dragon Empire, which blessed the eleti with two great gifts.

The first gift is the tenet of active morality. Under this philosophy, individually cannot be legally judged by their alignment, and must be judged by their actions. While this doesn’t directly help the eleti get along in living society, it does make society more willing to accept them despite their disturbing appearance and undead nature. After all, if one’s associates are orcs and drow, one will have fewer qualms about working with a living skeleton.

The Dragon Empire’s second and more important gift is that of space travel technology. For it is in the cold, airless vacuum of space that the eleti have truly found their home. Eleti make excellent deep-space engineers, technicians, and explorers because they are undead. They need to air, food, or water, and are naturally protected from heat, cold, and radiation. If a spacecraft with an eleti engineer needs an external repair, the engineer simply steps out the airlock and does the repair without a bulky vac suit to get in his way or worrying about his air supply if the repair runs longer than expected.

Personality: Before receiving the gifts of the Dragon Empire, the eleti were a melancholy race, forever isolated from the living societies of which they longed to be a part. Some eleti tried to earn their place among the living by performing good deeds. Others let their longing turn to bitterness and chose to attack the living instead.

As citizens of the Empire, the eleti can finally join society, but realize that the living will always be uneasy in their presence. Most eleti ignore the nervous glances from those around them and focus on doing their jobs.

A few eleti avoid the living altogether. They spend their immortal existence meditating on their undead state learning to understand their inherent magical nature. These mystics have no hostility towards the living, but can be dangerous when disturbed. They simply want to be left alone.

Physical Description: Eleti appear as animated humanoid skeletons. Little flesh clings to their bones, and their joints are held together solely by magic. Eleti stand five to six feet tall and weigh 60 to 80 lbs. Eleti of small size are three to four feet tall, and weigh 20 to 25 lbs. This weight is clearly more than bones, but it is unknown what adds to their weight.

An infant eletum is similar to a human infant. It is ignorant and incapable of controlling its body. However, eleti mature to adulthood in about a year. After that, they do not age, and are effectively immortal.

When traveling in the Outlands or other areas where their appearance may cause problems, eleti dress to conceal themselves. When working in space, eleti wear only thruster packs and harnesses for their tools.

Relations: The eleti have better relations with the living than they did before the Dragon Empire. Other races are still uneasy around them, but value their usefulness in space. It is a mark of pride to have an eletum engineer serving aboard one’s spacecraft.

Drow, orcs, and half-orcs have no problem with the eleti., Better than any other race, they realize the importance of being judged by one’s actions, not one’s race or appearance. Of course, since these races are typically considered evil, having them vouch for an eletum’s character is of dubious value.

Dragon and half-dragons are interested in the eleti only insofar as they can help expand the Empire. Eleti are often sought out and recruited into the Legions. Soldiers who are immune to the rigors of space are an invaluable asset. The eleti respect the dragons, but do not fear them. After all, they can hide in places few can follow.

Alignment: Eleti are independent creatures, wit no preference towards any one alignment. They may be malicious, kind, or lawless depending on their own nature. Each is raised by its parent and taught how to interact with others. Because of this closeness, an eletum often has an alignment similar to its parent’s.

Eleti Lands: Eleti congregate in small colonies far from habitable planets, typically beneath the surface of airless asteroids or dead, forgotten moons. Because the eleti don’t need food or other resources, there is little for them to fight over, so their colonies are usually quiet, peaceful places.

Each colony reflects the spirits of its inhabitants, A colony of mystics, for example, may be nothing more than a series of underground meditation cells linked by bare rough-hewn tunnels. A more extroverted colony may have well-lit towers stretching miles above the surface, welcoming off-worlders in need of eleti services. A few colonies are mobile. Their homes are “boneships” – large spacecraft without airlocks or even windows to hold back the vacuum of space.

Religion: Some eleti offer homage to the Reaper, believing they owe their existence to the beneficence of the god of death. Others worship the Merchant with an eye towards increasing their wealth and power. Like alignment, however, religious beliefs vary wildly, and are mostly passed down parent to child.

Language: Eleti have no language of their own. They speak Common but may learn any other languages they choose. Despite the lack of a throat, eleti can speak clearly. Their voices sound human, though there is a subtle hollow ring that can be distinguished by astute listeners.

Eleti also use a complicated sign language (unrelated to the drows’ sign language) that allows the to communicate with each other in vacuum, where sound does not travel. This is not a secret language, and an eletum will often teach at least a few phrases to his companions so they can communicate in space.

Names: Most eleti have only one name, which is given to them by their parents and taken from the nearest humanoid culture. In the last century, a few eleti have taken to using the name of their colony as a second, family name.

Adventurers: It is not uncommon for an eletum to leave his colony in search of excitement or the acceptance of the living. Eleti can find adventure in space performing missions too dangerous for the living. They are often technicians or engineers, although some actively seek out more military paths.