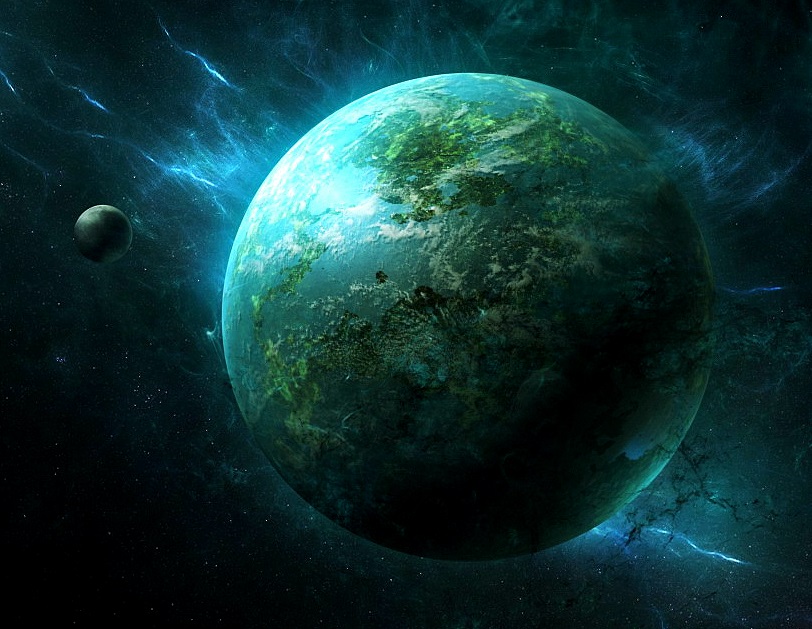 The great untapped resource of the Smuggler’s Run is Chadra, a large green planet bursting with life. Jungles stretch across the whole of the planet, with only a few breaks for wide wetlands and grassy fields. The planet’s southern hemisphere is covered in immense waterways, hidden beneath a dense layer of jungle canopy. Underneath it all are serpentine ruins, huge statues, and subterranean fields of jutting yellow dragon bones. Whatever once dwelt on Chadra has left a lot of dead dragons in its wake.

Adventurers, poachers, and gatherers visit Chadra on small chartered spacecraft to explore the ruins and haul back the loot they find. House Gevise sends regular ships to the planet to collect exotic food and game. Otherwise, Chadra is a market waiting to be opened. Currently, would-be looters face the difficult task of selling off the magical artifacts from a civilization of celebrated dragonslayers. When the dragons find Chadra, they’ll almost certainly have the gold, silver, and platinum treasure melted down. The vast collections of potent magical artifacts will no doubt become the property of Mezzenbone himself. The entire record of Chadra’s civilization is likely to be lost.

To the mind of the Gevises who dabble in the antiquities trade, this is wonderful. A nice trickle of Chadran artifacts now will be worth millions when the rest of the collection is destroyed. As it is, though, too many people may know about Chadra. It’s only a matter of time before word gets back to the Dragon Court. When that happens, Chadra will be hit by a wave of looters and grave-robbers only too happy to strip mine the planet before the dragons do.

Until that happens, though, Chadra is full of objects both natural and hand made that could be the start of a new trend on Persilom or sweep across the Empire’s rich elite. New plants, exotic animals, and priceless treasures by the hundred are waiting to be taken out and introduced to the world.