Hindrances:
Heroic (Major) – Yevon Si never says no to a person in need. She isn’t always happy about it, but she will always come to the rescue of those she feels can’t help themselves. She’s the first one to run into a burning building, volunteer for a holding action while others escape or agree to hunt monsters for little or no pay.
Loyal (Minor) – Yevon Si may not be a hero, but she’d give her life for her crew mates. She will never leave someone behind if there’s any chance at all she could help.
Phobia (Minor, Drowning) – Phobias are overwhelming and irrational fears that stay with a hero for the rest of their life. Yevon has a deep-seated fear of drowning or being submerged in deep water. Whenever she is in the presence of water deeper than her waist, she subtracts 2 from all her Trait tests.
Stubborn (Minor) – Yevon is a stubborn individual who always wants her way and has difficulty admitting when she’s wrong.
Quirk (Minor, Cold Fish) – Yevon maintains a noticeable emotional distance from those around her, almost never engaging in small talk or exchanging personal anecdotes and rarely socializing. This minimal social contact has been noted by her crew-mates and given her a reputation for being standoffish.

Edges:
Brave (Background) – Those with this Edge have learned to master their fear. Or perhaps Yevon is just so emotionally distant she’s just lost her normal “fight or flight” responses. Either way, she adds + 2 to Fear tests and subtracts 2 from Fear Table results (pg 124).
Hard to Kill (Combat) – The Speaks Softly’s Flight Officer has more lives than a truckload of cats. When forced to make Vigor rolls to avoid Bleeding Out, she may ignore her wound penalties.
HI-YAH! (Martial Arts) – Yevon’s style of hand-to-hand combat involves frequent trips and throws. Her fists and feet are weapons (see Natural Weapons, page 104) so she’s always considered armed. She adds + 1 when striking with them and causes Strength + d4 damage.
Martial Warrior (Combat) – Yevon’s Fighting bonus is increased to + 2 and her damage die is increased an additional step.
No Mercy (Combat) – Yevon may spend a Benny to reroll damage, adding + 2 to her final total.
Nerves of Steel (Combat) – Yevon has learned to fight on through the most intense pain. She may ignore 1 point of wound penalties.

Quote:
“Do I make myself clear or do we need to speak to the Captain about this?”

A young human woman hailing from Baranda III, Yevon is auburn-haired and green-eyed, slim and fit. Professional, and observant, with a cool demeanor, she possesses a razor-sharp sense of humor when she deems it appropriate to display (which is rarely). 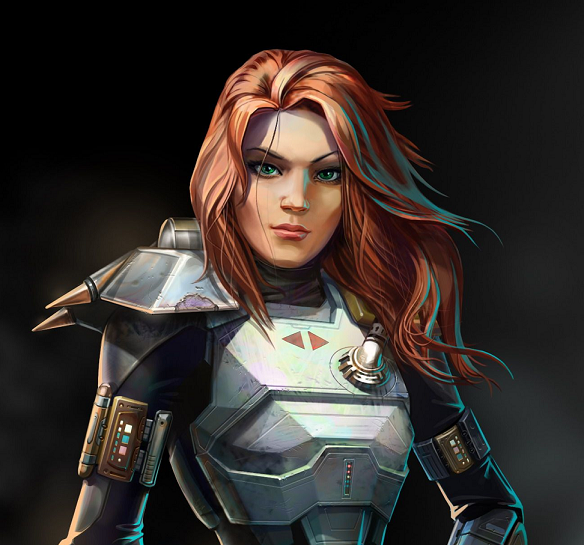