Hindrances:
Draconic Arrogance (Racial, Major) It’s called the Dragon Empire. You are a scion of galactic rulers! Of course you have the Arrogant Hindrance.
Draconic Avarice (Racial, Minor) The draconic blood in your veins sings to you to measure your worth in material possessions or wealth. Half-dragons will argue bitterly for more than their fair share of any loot or reward the party might come across.
Dragon’s Conceit (Racial, Minor) A half-dragon gets their ego from their dragon parent – there’s nothing out there they can’t defeat. At least that’s what half-dragons tend to think. They believe they can do most anything and never want to retreat from a challenge. They are not suicidal, but they certainly tend to take on more than common sense dictates.
*Environmental Weakness (Racial, Minor)+ Half-dragons suffer a – 4 penalty to resist negative effects from their opposed ancestral element, and damage from that opposed element is also increased by 4.
Driven (Major) – 2 A vow is a commitment to others. Driven characters want something for themselves. It may be to protect the realm, become a decorated officer, prove you’re the best gladiator in Rome, or the best pilot in the galactic fleet.
The Minor version shapes the character and pushes his decisions but either happens rarely or is fairly harmless. As a Major Hindrance it’s an overriding desire that comes up frequently or causes peril for the heroine and those around her.
Code Of Honor (Major) – 2 Honor is very important to your character. He keeps his word, doesn’t abuse or kill prisoners, and generally tries to operate within his world’s particular notion of proper gentlemanly or ladylike behavior.

Edges:
Draconic Hide (Racial) Half-dragons may appear mortal, but they partake of their dragon parent’s hardiness. Their thick hide grants them + 6 Armor.
Bite/Claws (Racial) Both attacks do Str+d4 damage. Note that Bite allows a character to bite grappled prey rather than just crush; and claws add + 2 to Athletics when climbing most surfaces.
Breath Weapon (Racial) Half-dragons can breathe fire, cold, acid, or other energy based on their draconic heritage (see table below) by making an Athletics roll as a limited action. This uses the Cone Template, may be Evaded, and causes 2d6 damage (3d6 with a raise on the Athletics roll). A Critical Failure on the attack causes Fatigue to the user.
Environmental Resistance (Racial) Half-dragons receive a + 4 bonus to resist negative effects from their ancestral element, and damage from that element is also reduced by 4.
Arcane Background (Psionics) Power Points (15)

Was given up to monastery by drow mother for his father Baron Denthanus Ulhar to raise. WIP

Nightvine, Cunning of the Lone Warrior 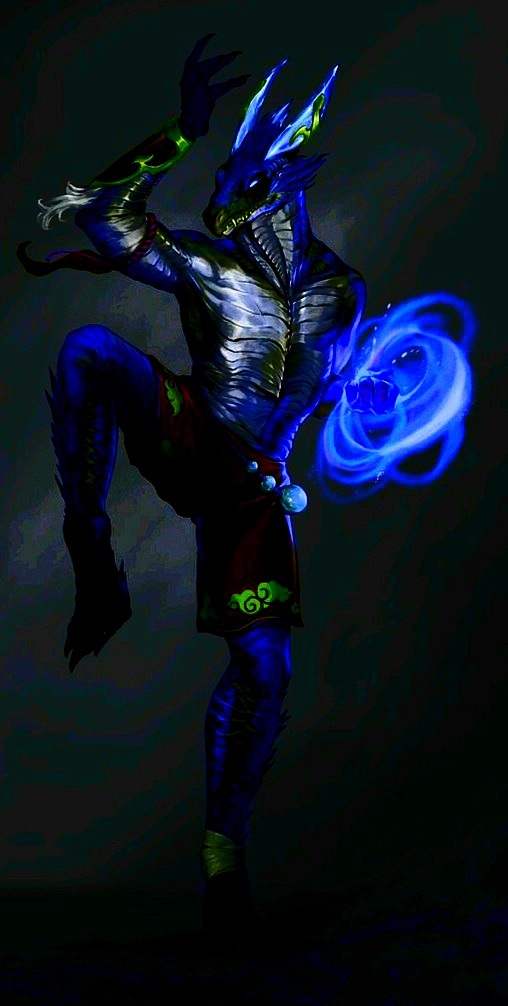