Welcome to the Jungle (Part Three)

Feel my, my, my serpentine 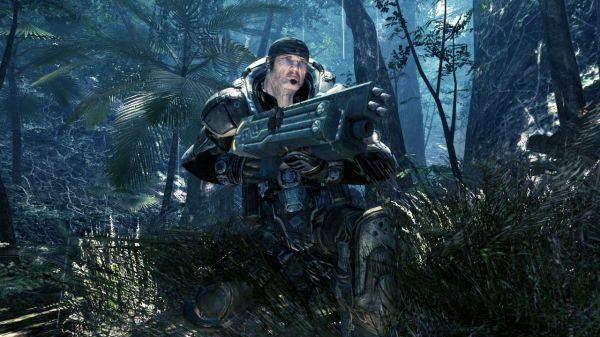 Join the valiant crew of the RES Speaks Softly as they work together to explore new avenues of personal fiscal enhancement.

Received call from Captain Nadira Torell of the MHT-Gevise Paramour for Captain Ni Shen Xau at 0700, with an invitation to dinner.

Landing party returned to Chadra, including myself, Bishop-1, Ereyie, Durendal, Ditak and Dr. Nodagil. We picked up a distress signal from five survivors of The Khanniption Fit. We have brought them aboard and offered various treatments to ensure their survival and good health.

By the Void that spawned us, today was a shitty day. I think anyone who had my day would say the same. Our last trip down to Chadra, we identified some natives and explored a crashed ship. After we got back, both Serpy and I had headaches. You know, the skull splitting, howling, bashing your head against the walls kind. I went to ask Doc Keystone for a painkiller. Like a grenade. Instead I had people (Dr. Rose, Keriwar) casting spells on me. It seems there’s a curse on Chadra. It makes dragons stupid. At least that explains why green dragons are serving a mounts for the local kobold population. None of the Esmer nobles I ever met would consider such a demeaning task.

Keriwar did her praying and cast her spells, and the headache was gone. They cured Serpy’s headache too. Dr. Rose told me they suspected something because they studied some of the brains we brought back. The kobolds here have four lobes. Four! Two is the usual number. The dragon’s brain we brought back was smooth, like an animal’s.

They checked out the rest of the landing party, but no one else seemed to be affected. Serpy did some digging and found a study someone did on four lobed monkeys on a moon somewhere. It had heavy radiation. Then he started looking for info in the records of The Khanniption Fit, to see if any of their crew had been ill. They had a half-green on the ship. Their records said he caught some disease and went crazy, animalistic even. They had to remove his spellware and optics.

That’s when Keriwar cast a Portent spell. Here’s what she said:
Portent Statement: We plan on making peaceful contact with the natives.
Power is supreme among apprentices bygone; little kith share their ancestors covetous; derogated colossi heed only brawn; erstwile pets are both cautious and curious; warped keepers care for only duty forgotten.

Serpy tried casting some spells on the planet. . I have to give it to him. He’s an asshole, but he’s really good at what he does. It’s got an aura of divine, necromantic magic. The whole. Freaking. Planet. There is some source sustaining it, but he couldn’t tell what it was.
That created some complications for our plan. None of the other half-dragons are willing to risk the curse, even though Keriwar can remove it. We had to do a revised roster for the landing party.

Around 0700 this morning, I was on the bridge delivering Yevon’s morning coffee before the start of my shift, and we got a contact from the Paramour. Captain Nadira Torell called to speak with Captain Xau. That went over like an orc at a dwarvish kegger. She invited him to come to the Paramour for dinner. Captain Ni Shen invited her to the Speaks in turn. The conversation petered out, but I’m sure we’ll be hearing from them again.

We got a landing party together. This time it was myself, the Rook, Ereyie, Durendal, Tic Tac and Nodagil. We got down there and prepared to land in the same clearing as last time, but when Ereyie scanned it, we discovered that the kobolds had been busy little buggers. They’d been hollowing it out underground, so when a ship landed, the ground would collapse.

Instead, we flew back to the crash site of The Khanniption Fit, and did some more poking around to see if there was another spot we could land. We pulled the starcaster, in case it should prove useful. Before long, we picked up power signs to the southeast. We headed there and found five survivors from the crash. We got all five aboard, including the remains of one of their companions. We located some cliffs about 25 kilometers east, but didn’t have time to check them out.

The survivors are a male half-orc called Calgary Deluth, a female human named Ria Starr, a male human named Sammual Tomms, a female lizardman named Kogg, and a male half-elf called Rydeel Redwin. Redwin was unconscious when we loaded him into the Cudgel. They also insisted in bringing their dwarven friend, Morthik’s, body along. Refused to leave without him even though space was limited.

We put them through decontamination procedures in the sick bay, treating them for things like dehydration, poisons, rashes and leeches (Leeches!?!?!?!?!!!). Now they’re bunking in the rec room, which screws up everybody’s workout routine. Pei’Fa is out with them, gathering more information about the planet, and about them. Koto restricted them to specific areas of the ship.

Finally, on my way to bed I stepped in something disgusting. Pei’Fa brought back one of those compys, as a sample for Dr. Rose, except now he’s made a pet of the damned thing, and wearing it on his shoulder. He’s got a lead attaching it to his ear, like a freaking Esmer noble with their little faerie necklaces. It’s shitting everywhere. I mean, what a perfect ending to the day. Typical.

Welcome to the Jungle (Part Two) If you got the money, honey we got your disease

Welcome to the Jungle (Part One) We've got fun and games