Welcome to the Jungle (Part One)

We've got fun and games 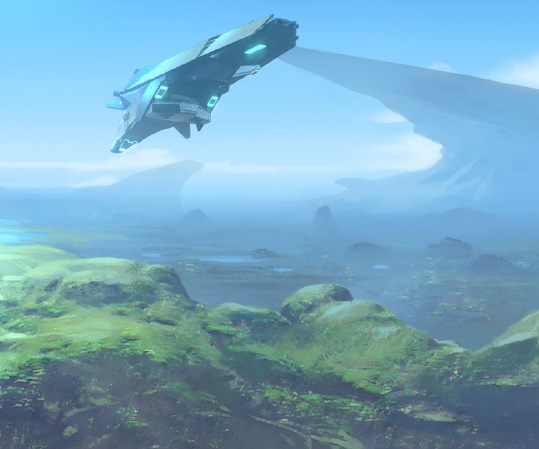 Wherein our inquisitive crew is finally able to settle down for some real science.

Excerpted from the personal logs of Scrapnik Gizsmith Widgetdyne Fritzwhindle, Second Engineer, RES Speaks Softly:
“5041.118:0722. Today is going to be a good day. The repairs on the Speaks is done, the new warheads are loaded, we’ve got the tanks topped off and the windshield wiper fluid refreshed. The old girl is ready to go. We can finally get off this windy piece of culm dump and back into space. I can tell the Captain’s itching to get back on mission after all the gangue we’ve trudged through the last two weeks. New XO is gonna pop, I swear. He had us tearing apart internal bulkheads for hidden transmitters. Yevon is still down in the dumps over her disciplining because of his ‘Lordship’ Serpy Butt-Licker. I told her not to threaten the little shit but, hey, what do I know? From the sound of the scuttlebut, it sounds like the Science Team has decided on a planet, so maybe now we can start some exploring. Almost shift time. Durendal may not be as good a cook as Charlie-12, but his stuff is still damned tasty! Gonna crack open the new season of X-Crawl tonight in the lounge – Sweet! Gotta scoot."

We’ve been parked above Chadra for two days now. After talking with some traders on Monscrome, we had a list of possible destinations, and the science team picked this one. The other option was Sedeva, which is apparently a pre-contact civilized world. Chadra is different. Apparently some of the Empire’s more outstanding citizens have been popping down to the surface and liberating various amounts of wealth from the ruins of a great civilization. I’m just as glad there was no reason to go to Almer Station in the Tarnahan System. Even a 2% chance of running into someone we know is too high.

Chadra has ruins, giant gemstones, a dragon graveyard, and dark elves. Ereyie took the Cudgel down and Bishop tried to grab one of the gemstones from the top of a temple. He got his hand sliced off for his efforts, and pumped full of poison darts. So that was a thing that happened.

I think the situation between Yevon and his Syrup-ness is finally resolved. I finally took it to Dr. Rose and asked her to intervene. I hate that my curiosity got Yevon in trouble. If I hadn’t told Eyerie to leave one of the cameras on, Serpy couldn’t have shown the Captain the security footage that backed up his story.

Dr. Rose talked to Serpy, and then to the Captain. After that, the Captain had me escort Yevon to his office. She went back on duty that night, although her weapons access was “restricted” and she is supposed to use the honorific when talking to Serpy. Apparently, she apologized and he accepted. I still can’t believe he went to the Captain with it. Little prick.

There were four ships in orbit when we got here. The biggest, the Paramour is a House Gevise merchant ship. It seems they charge an “entry fee” to go down to the planet. They pinged us but haven’t done anything since.

Welcome to the Jungle (Part Three) Feel my, my, my serpentine

Welcome to the Jungle (Part Two) If you got the money, honey we got your disease