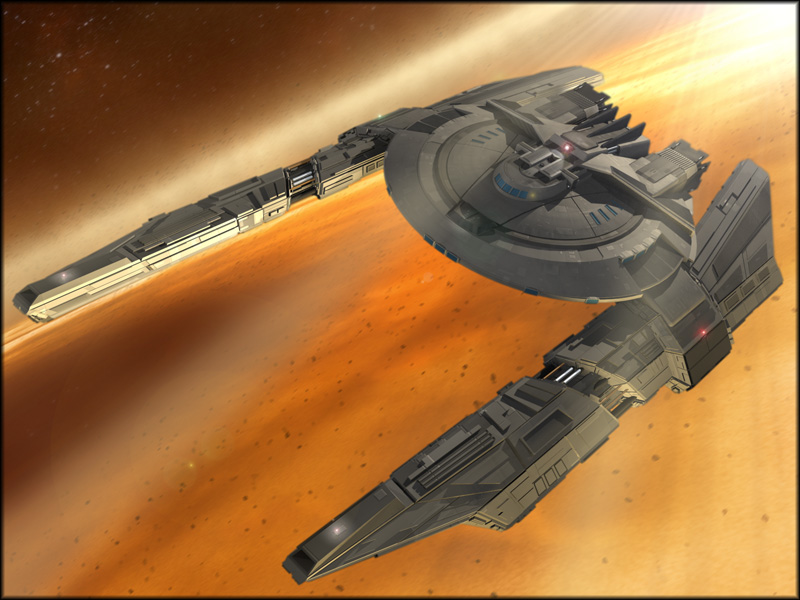 Ship’s Log; RES Speaks Softly, 5041.106:0756 I.E. Flight Officer Yevon Si recording.
We are currently still in the Casenore system, outbound from Andrin Station, 1.2 AUs out from Aelding. Our current heading is 182.3 mark 340 @ 1/4 impulse. Captain Ni Shen has us in a low use outbound traffic lane while final system checks and calibrations are completed. Nearest sensor contact is four light minutes aft, an OX30 freighter. Engineering reports that they have successfully compensated for the new environmental …challenges of the Biology Lab and have installed filters and an ‘air wall’ to deal with airborne contaminants. First shift should be coming on duty in a few minutes. End entry.

Session Summary:
After spending two days taking a leisurely heading away from Andrin Station and Aelding, the crew of the RES Speaks Softly is now confident in the upgrades and alterations made to the ship. Before they can starcast out of the Casenore system however, they are overtaken by a high speed personnel shuttle under hard acceleration. This proves to be the enigmatic and up until now noticeably absent ‘Political Officer’. The crew picks up Ditak Kirrin, Commander, ISPD, a drow with a chip on his shoulder and grudgingly settles the new officer on board. The integration of the science team and new crew members continues with a few bumps, while the Captain and Dr. Rose work on ironing out the cooperative kinks between the two teams. With starcaster and sensor calibration completed, the Speaks Softly makes the first jump of its new mission, beginning a series of three relatively short teleports heading towards their first destination, Aranal in the Gulinar system, ancient home of the pre-imperial Forongorn Confederation, 138 light years from Casenore. However, the starcaster teleport experiences a catastrophic mishap and the Speaks Softly emerges from jump within a star’s corona! Only the skill of the crew and a certain amount of luck manage to save the ship from being reduced to a smoldering ember of molten debris. Second Engineer Scrapnik Fritzwhindle was severely injured when Chief Bishop-1 was forced to flood the starboard engineering compartment with reactor coolant in an effort to prevent an explosion of the hydrogen fuel cell, but Lady Kotonaru was able to rescue him in time for clerical resuscitation to be effective. Once the ship is a relatively safe distance from the stellar primary and is no longer in immediate peril, the crew begins to assess the damage and attempt to determine their location. Working with the engineering staff, Lord Serpentce discovers a software virus planted within the Starcaster AstroNav, meant to scramble any teleport coordinates. Navigator Telliar Killaen, visibly shaken by the teleport mishap, frantically struggles to identify the region of space they now find themselves in while the rest of the crew begins to compile a damage report and take stock of their surroundings.