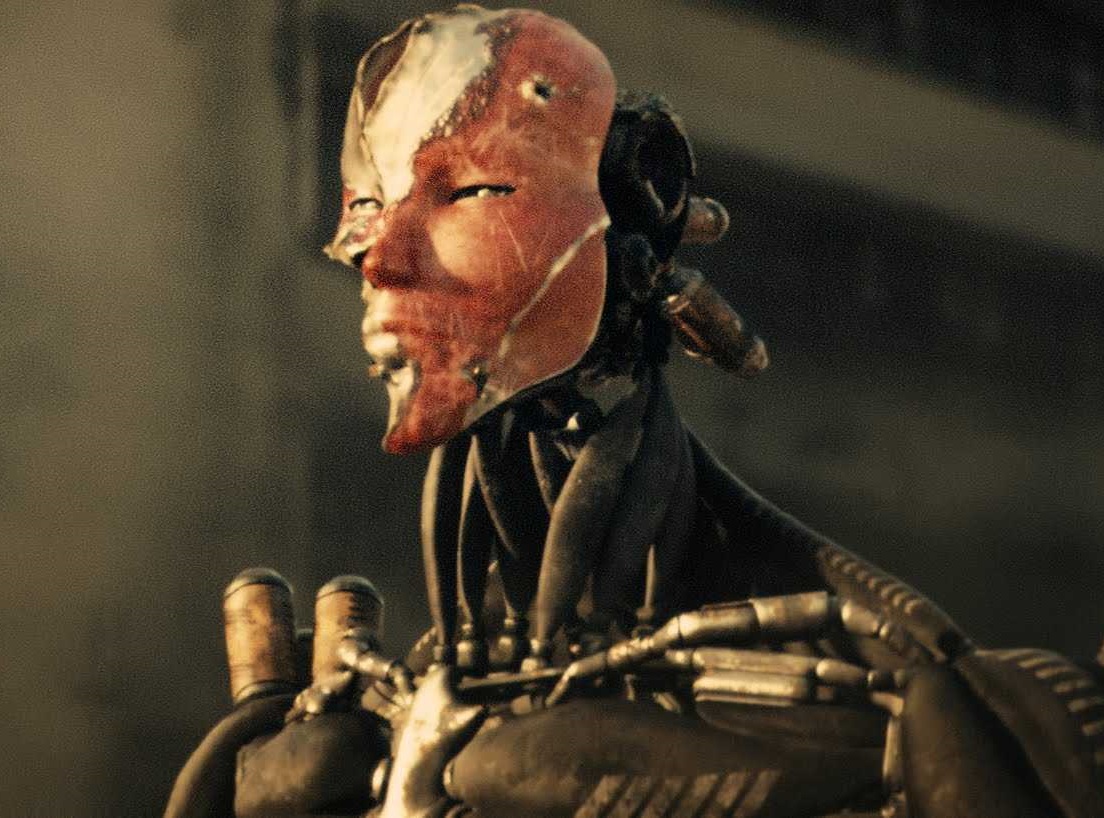 Our heroes begin to piece together what was being done at Shindra Station and what happened to her crew. A dismaying betrayal is exposed.

Narrativized memory extract from unit RC-880, personal designation, “Durendal”; Timestamp: 5041.113:1830 I.E., approximate; Internal Engram Label: Food for Thought.
Durendal finishes his report to the captain, then returns to the flight deck. Everyone present seems ill at ease and understandably so. As if to punctuate that thought, a tiny speck streaks passed the observation window, too distant to properly identify. One of the undead? Hmm.

Reflecting back upon the earlier frantic encounter, it was remarkable how well things went. For not picking up a weapon in 20 years, Durendal was rather pleased with his own performance. As a team, things were….a bit less impressive. Several issues would need to be addressed, starting with the combat ability of all on board. “It is time to put away the dossiers and start showing our cards.”

Zanven blinked and looked at Durendal. “What was that?”

Realizing he had vocalized that last bit, Durendal focused back upon the present. “Keep your mind on your work, helmsman.”

If Durendal had eyes, they’d be rolling at that moment. “Something to add to the present situation, helmsman Greensleeves? Consider your words carefully. I’ve not the patience for foolery today.”

“It’s just that….well WHY aren’t we getting the hell out of here? You SAW what they did to that combat vessel! And you SHOULD’VE seen how many of those…..things…were crawling on the station skin before you all squeaked out.”

“That be the captain’s choice, helmsman. Your concern has been logged and will be addressed at the next…”

“YOU DON’T HAVE TO WORRY, THEY WON’T BE EATING YOU.” Greensleeves’ normally semi-disinterested facade seemed to crack and his eyes were wide.

Durendal resisted the urge to threaten the half-elf for interrupting him, galling as it was. Instead, his voice was even and measured.

“Aye, that I don’t. Being all polymer, plate and synthetics makes for a poor meal to the ravenous dead. I certainly can’t pilot this ship by myself though, now can I? And the dead aren’t likely to taxi me to the nearest hospitable locale were I to ask for a lift. Thus, the danger for me is just as real, simply different in nature. Ipso facto, I’ll not be allowing the ship personnel to suffer casualties that would put it below acceptable staffing levels. It’s not in my best interest.”

Durendal, now fully annoyed, turned on the half-elf and failed his massive arms in an exaggerated fashion.

“YOU DON’T HAVE TO WORRY, THEY WON’T BE EATING YOU.” He squealed in his best ‘whiny bitch voice.’ Returning to his normal tone, he added: “Now shut up and helm the damn ship.”

Session Summary:
Captain Ni Shen speaks privately with Rwvyan, advising him that Ellywick has discovered several taps on the various communications channels. Rwvyan agrees to investigate, and immediately heads to engineering, where Bishop-1 admits to placing a tap designed to identify any external communications made from the ship after the near disastrous starcast. Rwvyan then discovers graffiti in the kitchen, naming the appliances Charlie 1, Charlie-2 and so on.

In the interim, Captain Ni Shen authorizes Ellywick to continue her investigations. In addition to the taps, Ellywick discovers a program influencing all the repair bots on board. Her examinations trigger a type of booby trap called “Black Ice”, which attacks her jack and does significant injury to her neural pathways. Unconscious, she is immediately rushed to medical, where Dr. Keystone declares that surgery will be required to prevent permanent damage. He plans to begin the surgery the following morning.

Meanwhile, Durendal and Bishop-1, concerned by Charlie-12’s behavior, and discovery of a personal history that includes a loss of memory, approach him with a suggestion that the three soulmechs examine each other’s internal systems, looking for signs of tampering. He agrees and they begin the process.

Partway through, they discover an anomaly within Charlie-12. His response is immediate and violent, stunning both Durendal and Bishop-1. He runs, setting off another program installed in the ship’s systems. This program begins shutting off the ship’s power core, while simultaneously firing all the escape pods. It also begins prepping the shuttle and decompresses the shuttle bay by opening the doors. Then a backup program begins running, wiping all the data from Dr. Rose’s computers.

Serpentce is able to prevent the virus from wiping out the science team’s data. Engineering works furiously to keep all the power running properly. Meanwhile, Durendal and Bishop-1 are fighting Charlie-12, who is desperately trying to make it to the shuttle bay. Durendal chases him to the upper deck, where he is joined by Rwvyan. Kotanaru, notified of the attack by her brother, chooses to teleport into the shuttle to surprise Charlie-12. Ditak has the same idea, and the two surprise each other there. Durendal manages to disable Charlie-12, effectively cutting him in half. Charlie-12’s halves float through the open bay doors into space.

The crew decides to try to retrieve Charlie-12 to see if any data can be mined from his chassis. They manage to recover his top half, but lose the bottom half. It becomes clear that Charlie-12 was an impostor. This version was loaded with chips to simulate his academic knowledge, but was clearly built for assassination. The science team decides it was likely that he was replaced long before the team left to board the Speaks Softly. They also have reason to believe that Charlie-12 may have been transmitting information to an unknown enemy.

Sobered by the profound loss of the likeable Charlie-12, and desperately in need of a new cook, the crew gathers in the lounge for a few stiff drinks before the end of the day. It quickly becomes clear that Ditak cannot hold his liquor, as he spills top secret ISPD information at some length. He also shares some personal details that make it seem unlikely that he is working against the survival of the crew. His background seems to indicate that he was given the assignment because he is considered a disposable asset.

During Ditak’s inebriated monologue, Dr. Caladriend’s behavior becomes increasingly erratic. Zanven, who has been spending his off-duty time with Caladriend, signals Rwvyan in some alarm. Rwvyan quickly ascertains that medical attention is necessary, and brings Dr. Rose and Dr. Keystone into the discussion. Dr. Keystone removes Dr. Caladriend to the medical unit, as she has overdosed on various painkillers. Dr. Rose, Rwvyan and Kotonaru investigate her quarters and her lab space, looking for her stash of drugs. They find a beautiful and elaborate box in the lab, filled with pills. Rwvyan questions Zanven privately about his relationship with Dr. Caladriend, and he explains that she approached him after boarding, as some of her luggage was left behind, offering to sleep with him if he could deliver a substitute supply. He had been providing her derm patches with a less powerful drug, while they were “partying together”. He insists that he is trying to help her reduce her extreme chemical dependence on the painkillers, and had no idea that she was taking them together. He provides Rwvyan with a sample to give to Dr. Keystone. After a short conference, Rwvyan instructs Dr. Keystone to move Dr. Caladriend to the brig and restrain her.

“Food for Thought” blatantly plagiarized from shadowthetoken’s post on the in-character forum. Thanks, Joe!

Looking forward to the next session! Also, that image title amuses me.