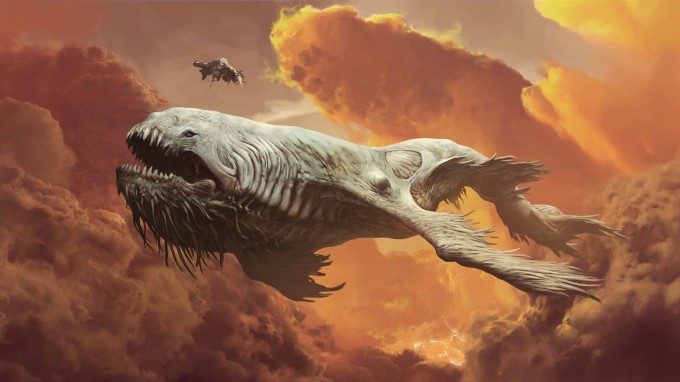 The crew of the R.E.S. Speaks Softly attempts to lure Shadow Knife XIII into a trap.

Session picks up immediately after the events of Abiotic Factors

Session Summary:
Just before the end of third shift, Rwvyan enters the bridge, bringing Yevon and Samai their customary morning cups of coffee. After some cordial chatter, they go off shift, Yevon heading to medical to check on Ellywick, still unconscious from the prior day’s events. Samai stays on the bridge to talk with Rwvyan and Ereyie. She is just settling in for some serious banter when Yevon returns, asking the whereabouts of Serpentce, who is in engineering. She then instructs Ereyie to run diagnostics on all the shipboard security cameras. Once she is gone, Rwvyan reiterates her orders to turn off the cameras, but tells Ereyie to keep one camera up in engineering, but not to record. Yevon accuses Serpentce of setting the virus that attacked Ellywick. During the heated discussion, she threatens him at gunpoint. He vehemently denies all involvement. Unknown to Rwvyan, Ereyie did make a single recording of the altercation.

On the bridge, the command staff discusses their options. All come to an agreement that they need to recover the escape pods, which are coded with identification information regarding the Speaks Softly, and are broadcasting their locations throughout the system. Dr. Keystone bullies Keriwar into assisting with Ellywick’s surgery.

Dr. Rose, Dr. Nodagil and Pei’Fa visit with Dr. Caladriend after Dr. Keystone explains that she has a tattoo indicating her membership in the terrorist group The Green Cabal.

As the Speaks Softly begins to maneuver in pursuit of the first pod, the pod vanishes. It doesn’t take the crew long to realize that Shadowknife 13 has arrived. It continues to bring several of our expelled escape pods aboard as we maneuver. Captain Ni Shen enacts the battle plan, taunting the enemy vessel. Ereyie works his magic at the helm, while Rwvyan handles the weapons. The two ships exchange fire, and it becomes clear that Shadowknife 13 has greater speed, maneuverability and weapons. It shoots two of the escape pods back at the Speaks Softly. Ereyie manages to dodge them, but as they pass by, ghouls launch themselves out of the pods and towards the ship. Dr. Keystone and Keriwar are desperately trying to operate on Ellywick, while Ereyie is dodging the attacks coming from Shadowknife 13.

A landing party of ghouls blow the hatches on the top and bottom of the ship, and another group blows in the glass ceiling in the rec room. Rwvyan leaves the bridge to fight the ghouls coming in from the top hatch. Pei’Fa, Durendal, Kotonaru and Bishop-1 carry the fight on the lower decks and in the rec room. The ghouls are carrying low grade explosives and are blowing up various doors to vent the Speaks Softly to space. Ditak takes over the guns on the bridge.

The crew manages to eliminate the ghouls and close enough doors to prevent decompression. The Speaks Softly heads into the atmosphere of the gas giant, hoping to draw the Shadowknife 13 into its gravity well. During the ensuing chase, the ships attract the attention of a Gas Leviathan. Eventually, the Shadowknife 13 is devoured by the creature.

Licking their wounds, the crew of the Speaks Softly make their way back to the pocket destroyer and Shindra’s Station. The destruction of Shadowknife 13 means the ghouls are no longer intelligent, and can be easily avoided. Shindra’s Station is programmed to descend into the gas giant, and the crew decides to destroy the satellite as well. They then spend two days salvaging needed supplies and pulling the memory core from the pocket destroyer parked outside the station.

Ereyie comes across a survivor aboard the destroyer. He called for support from Rwvyan, who convinces the Sathoni scientist to set aside his weapons and board the Speaks Softly. He identifies himself as Dr. Wisp Luurden. After speaking with the Captain, Rwvyan takes Dr. Luurden to medical, where Dr. Keystone knocks him out. He is then placed in a containment cell in the brig, much to Dr. Rose’s chagrin.

The Speaks Softly crew decides to go to Monschrome for repairs.

Durendal (officer com): “If Dr. Luurden takes exception to his forced sedation and begins to question the legality of his incarceration, I suggest we point out the several crewmen who appear to have been murdered separately from the undead attack. They were killed by the same type of weapon he was in possession of and the power packs taken from their suits match those in the room he was found within. Since we cannot technically verify his identity at this time (note: Bishop is working on recovering the ship systems), the doctor represents a potential threat to the safety of our crew. If the plan is to ultimately turn him over to legal authorities, this justifies our actions to those individuals as well.”

Captain Ni Shen (officer com): “If Dr. Luurden has a grievance with the decisions of this command regarding his treatment, he is welcome, and encouraged, to file such with the Judge Advocate General’s Corps of the Royal Exploratory Service once he has been safely remanded into S.O.L.A.R. custody. I am certain that any board of inquiry will find that this command’s treatment of him falls well within the Service’s guidelines pertaining to safety of ship personel and security during combat operations as well as conforming to regulations covering the treatment of detainees by the Service. Also, he can eat my shorts.”

Rwvyan (officer com): “Where did that phrase come from anyway? Has anyone ever actually eaten someone else’s shorts?”

Welcome to the Jungle (Part One) We've got fun and games