Welcome to the Empire!

Originally published by Fantasy Flight Games back in 2001, Dragonstar was – is – a unique blend of Dungeons & Dragons and space opera that transcended the tropes of both genres. It has been a long time favorite of mine since the day I first stumbled upon it many years ago. That's not to say it did not have it's problems – D&D3E (upon which it was based) was buggy as hell, ship combat was non-existent, many of the weapons, spells and equipment were seriously flawed and infuriatingly unbalanced. The final nail in the coffin came when FFG ended support for the product in 2007, after releasing some truly inspired setting books. Many have quested to create a workable conversion – many game systems have been used as a basis for a fan relaunch. I've seen partial conversions for D&D 3.5, Pathfinder, GURPS and D20 Modern. But never have I seen a complete, comprehensive conversion done. Thus, this is the goal of this campaign, but using a rule system that I think might be actually able to pull off a well-balanced version – Savage Worlds. My early efforts were thwarted by SW's power/magic system – while quite nice, it just didn't have that old D&D feel to the magic, which is vital to the Dragonstar setting flavor. The inspiration came one day when my web-surfing lead me to Savage Vancian Magic by Richard Woolcock and with that, the final piece fell into place. My hat is off to him for all the hard work that particular document obviously entails – I've included a link to it below – please take a look at it! If you're a player, I think that you're in for a hell of a ride – if you're an observer, then please feel free to peruse, use, comment on, or outright steal anything you find on this site. 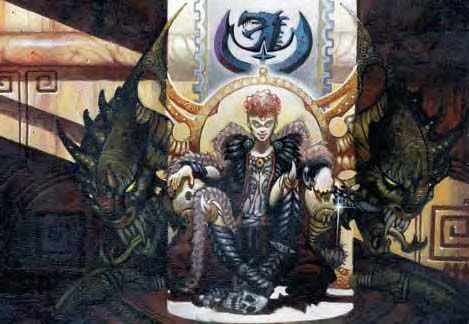 Many thanks and kudos to shadowthetoken and asikula for all their help and support in making this conversion happen.

The Dragonstar setting is the property of Fantasy Flight Games.

Savage Worlds is the property of Pinnacle Entertainment Group.

Motes in the Serpent's Eye Comments